The Grande Paroisse company, a subsidiary company 100% owned by Total, and, its ex-director, Serge Biechlin, have been found guilty by the Appeal Court of Toulouse in the AZF catastrophic explosion of September 21st, 2001.
The  Cour de cassation [French Supreme Court] confirms the conviction of Total in the Erika affaire of December 12th, 1999.

On Thursday, the 24th of September 2012, the judges of the Court of Appeal of Toulouse found that  » Mr. Biechlin, director of a high risk factory, Seveso II, installed in an urban area, could not have failed to be aware of the hazards that could result from the mixture of nitrates and chlorinated products . The  president of the Court passed sentence: 3 years imprisonment, including one year to be served in prison [the other two as a suspended sentence] and a 45 000€ fine to be paid by Mr. Biechlin, and a 225 000€ fine for the Grande Paroisse company. This is the maximum sentence provided for in the legislation. This is light, when we consider the consequences of such negligence. Above and beyond the criminal sanction, the accused were ordered to pay several million euros in compensation to the « civil parties » [the victims who had intervened in the criminal case, a possibility available in French law].
After having set aside the other hypotheses, judged to be « unfounded », the president of the Court of appeal of Toulouse read out the list of infractions found to have been proven by the judges. He underlines the « disinterest » of Mr . Biechlin for the risks to which the subcontractors were exposed, the sloppiness (lack of rigour) in the organisation of the management and disposal of waste, the lack of control in the actual division of space according to the nature of the dangerous and incompatible chemical products being used.
Finally the judgement emphasizes the absence of training and information on the dangers of chemical waste, which was not provided to  workers engaged by the sub-contracting companies:  » This is the worst failure (faute) among all those we have retained, because the decision was made fully consciously, to expose workers who are at risk without provident them with the means to act in face of those  risks, the consequence being, as we clearly shown by the events of  September 2001, to jeopardize not only those workers but also the entire enterprise and the population of Toulouse to a situation of permanent danger  »

Link to Annie Thébaud-Mony’s deposition in court during the AZF trial, Toulouse Court of Appeals, 2012 (in french) 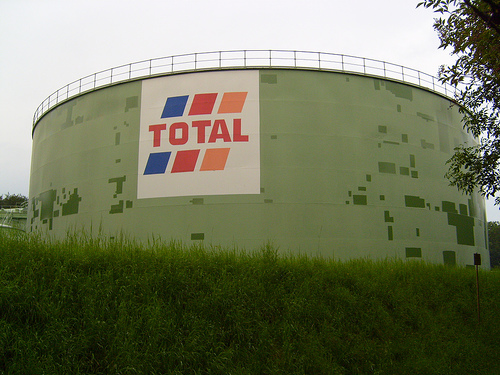