A scandal once again!

According the journal « le Canard enchaîné », the investigation chamber of the Appeal Court of Paris should take a shocking decision, on the next 17May, 2013, reversing the indictment of civil servants and other members of the Asbestos Permanent Committee, in the criminal asbestos trial in France.

Failure of secrecy is a serious disruption of the impartiality of judges in making a decision. But the most serious is the decision itself.  The Court would have not identify any « link » between the deaths of tens of thousands of victims, for most workers, and the activity of the Asbestos Permanent Committee in which the Ministry of Labour was represented ex officio.  However, this activity has been to prevent regulations on asbestos in France and Europe, from the early 1980s to the emergence of the social movement of asbestos victims and the ban in 1996.

Who will anyone believe that « senior officials have no regulatory power »? The state is not powerless when it has to protect the wealth of powerful people. Would it be without any capacity of   action concerning the health and lives of workers, whose work has made the fortune of asbestos producers?

This decision, if confirmed, arouses indignation and revolt of asbestos victims and all those who fight at their side. It strengthens their determination to continue the struggle for justice. With their lawyers, Ban Asbestos France and the association Henri Pézerat will continue the action for the recognition by the criminal courts, of the reality of the asbestos disaster and its consequences as an industrial crime. 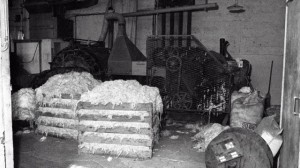