AMISOL
Shame on the French Justice Act Against the Victims of the Worst Asbestos Factory!

February 13, 2012 in Turin, two former asbestos executives, were convicted for their part in the causation of an Italian asbestos disaster and condemned to 16 years in jail.  February 8, 2013, for similar acts committed at the same time, with the same consequences, the Appeal Court of Paris decided that the trial of Claude Chopin, former executive of the French asbestos textile factory “AMISOL,” will not take place. No charge has been made against him on the grounds that « the acts committed in 1974 cannot be judged by public health standards which have emerged since then », and because « the memory of facts has been erased! »

This episode clearly shows the State’s true policy regarding asbestos victims; when forced to judge between the rights of the injured to obtain a criminal trial and the demand of a former asbestos company executive, Claude Chopin, to avoid it, the victims are, yet again, the losers. It is relevant to note that the General Prosecutor requested that the charges against defendant Chopin be dropped.
The decision of this Court ties in with the announcement by the Ministry of Justice – under the guise of the limitation law relating to the term of office of specialized judges – to withdraw the appointment of Judge Marie-Odile Bertella-Geffroy, coordinator of the asbestos trial at the Public Health department of the  criminal court in Paris.
The February 8 court decision against the AMISOL victims is a political cover-up of the French asbestos scandal. That is what the true intent of the Public Health Division was – not to judge but to bury the crime with the victims …
This scandalous decision, which is an insult to the victims of the deadly industrial practices at the worst French asbestos factory, has an impact well beyond AMISOL. It is a dangerous precedent for all French citizens. It means that the delayed effects of industrial poisoning, whether caused by exposure to asbestos or other deadly toxins, may never be tried. The door is now wide open for corporate abusers, free to commit industrial crimes knowing that they can do so with total impunity.

Take the  money and go

This episode underlines the government belief that workers victims of occupational crimes have no right to justice; they should humbly accept the financial crumbs thrown their way. “Don’t expect justice just take the money and keep quiet”.

The AMISOL VICTIMS DO APPEAL IN CASSATION COURT (French equivalent of a supreme court)  … THE FIGHT IS CONTINUING!

In memory and support of all AMISOL victims and with former factory workers,  who have been struggling since the 1970s against asbestos for the rights of the victims

WE, THE UNDERSIGNED, EXPRESS :

WE ARE COMMITTED TO THE STRUGGLE OF THE AMISOL WORKER-ACTIVISTS; THEIR FIGHT TO OBTAIN CRIMINAL JUSTICE AGAINST INDIVIDUALS GUILTY OF SOCIAL AND ENVIRONMENTAL CRIMES IS A FIGHT FOR ALL CITIZENS

Thank you for reading and sign this online petition:
« Shame on Amisol French justice to the victims of the worst asbestos factory! ‘

Read also : article by Laurie Kazan-Allen retracing the history of the Amisol struggle until the scandal of the recent decision 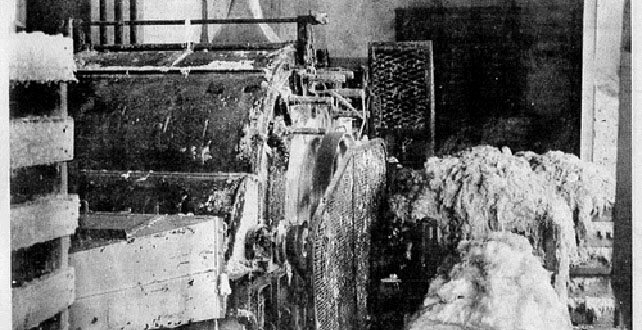